Municipality of Vračar and CSO BUM have organized a forum theater play “ The Crossroad”, which was held on Thursday, October 11, in the Center for Culture and Education “Božidarac 1947”. This show was intended for secondary school students from the area of Vračar Municipality. During the play students took part in it through interaction with actors and interventions on the scene and in that way they exchanged experience with their peers and strengthened the skills to solve the problems that young people often face during adolescence.

“The Crossroad” play was organized within the Vračar Culture Week, a manifestation that contained a series of events aimed at promoting contemporary art to citizens and raising awareness about the importance of culture and art for the development of the local community. In addition to this performance, within the Vračar Culture Week, an exhibition of sculptures and paintings by artists Ivo Atoska and Boža Terzić was opened, and a panel will be held in order to bring modern art closer to the citizens. Through the realization of the Culture Week, the Municipality of Vračar seeks to strengthen the cultural and social life of citizens living in it and create the conditions for a better day-to-day life for the members of all generations. 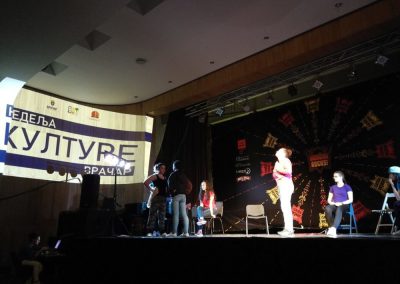 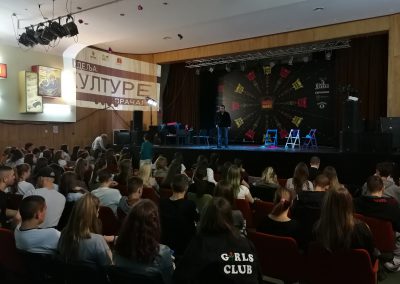 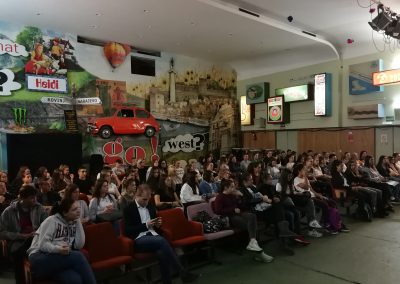 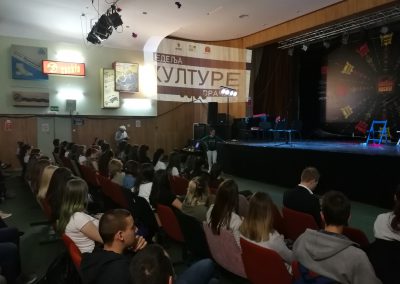